Among all the services we offer to the community including helping the kids with special needs, the immigrants and others, the big challenge this year was helping the Sudanese women who were working as house maids and lost heir jobs due to the current crisis. Those Sudanese women support their households including the daily living expenses and their apartments rent.

The scouts collected donations from many individuals and organizations including a donation from our Province, in order to meet those needs. They also contacted the Red Cross, the Red Crescent, Catholic Relief and the UN.

Seeing the happiness of the children and the mothers when they were informed about receiving those donations was a real joy.

The quarantine gave us all thirst for each other, thirst for prayer (for places of worship), thirst for going out, for working, for practicing sports and different activities, etc. which made technology very useful to overcome this thirst: Mobile, Facebook, etc. We could communicate with our sisters in different communities via Skype and share our news.

The closing of the churches and mosques to avoid gatherings encouraged the churches to use online broadcasts to bring prayers in the homes of the believers.

Since we are now in Ramadan, one of the Egyptian customs is for donors to offer free food tables in the streets for the poor to break their fast, this was not possible this year due to the circumstances.

Churches also faced the problem of people working on a daily basis who did not have a stable job, because they became unemployed, so the churches started to help them cover their basic needs. The mosques, government agencies and businessmen also offered to help them.

In our religious community, we always mention in our prayers, before food, masses and personal prayers, the patients and those who work with doctors on the difficult cases of the Corona virus.

We helped those who needed it, specially the immigrants.

Like the rest of the quarantined people, we do not go out or receive any guests in our home. We also asked the priest who comes from a distant place, to only come once a week, until another priest who comes from nearby could avail himself to make us a daily service except on Fridays. We only take the body as communion. As for those who help us at home, they had several vacations to take into account the transportation issues and schedules.

We had the pleasure to prepare some Christmas gifts for the orphan kids and the kids of the Sudanese refugees.Those gifts were offered during a convivial feast at The Good Samaritain house at the Sheraton Heliopolis on Friday 20th of December .Those gifts were based on donations and the participation of The Alumni of Sacré Cœur l’ANASC

Provincial Assembly, 8 November 2019 where Sr. Jane  nominated the new provincial council consisting of Sr. Mervat Kamal and Sr. Samia Samuel.  During a grace filled service, celebrated by father René-Vincent op.,Sr. Magda passed her mandate over to Sr. Jane. After that, from 11-14 November, Sr. Jane went to Upper Egypt accompanied by Sr. Ibtissam. Upon her return, she visited Ghamra and Heliopolis communities and schools  and met with her new provincial council. 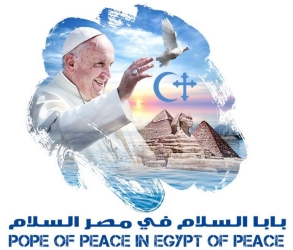 The details are available in the Arabic Version of the site.

Visit of Sister Socorro and Sister Sooke to Egypte