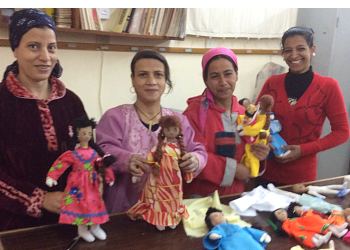 In 1971, a small group of sisters, who have known this village when they accompanied the missions of preschool students, stayed temporarily in the house of the curate of the parish, and opened a kindergarten.

However, as of 1972, they departed to Abou Korkas, as the province could not bear two new establishments.

The population in Beni Ebeid was not happy about the departure of the sisters, they wanted a school managed by Sisters, and they started collecting money, the fact that resulted in enabling a small community to settle temporarily in the school.